Cisco® IP phones are generally found everywhere in offices for the last nearly 20 years. As of this writing, there are several models that have reached their end of life and official support from Cisco®. One such model is the CP-7961G-GE which I was able to get on eBay for $15.99 with free shipping, so I purchased two of them. I also ended up purchasing the CP-7975G for $18 with free shipping. When purchased new these phones cost more than $200 to buy one.

This is going to be a series of posts in my adventures with these phones, with this being the introductory one. Several people have setup these end-of-life phones with Asterisk or FreePBX and I will be doing the same. In addition to that, I will try to get to the internals of the phone and understand the chipset and write applications that run on the phone.

When you buy phones from eBay, sometimes they have been reset to factory mode, and sometimes they have not. It is a safe bet to make sure that if you want to put these phones to good use, you should reload the firmware and perform the factory reset. I will describe the steps to do that in this post.

The 7961G model, as I will refer to it here, has a black and white screen whereas the 7975G model has a bigger screen that is in full color. The most popular video on these phones is this research done by Dr. Ang Cui and presented at the 29th Chaos Communications Congress in 2012. During this video Dr. Cui says that the phone runs a Broadcom BCM1100 System-on-Chip which is a MIPS32 chip. I will verify that this chip is a MIPS32 chip in this post.

The first step is to collect firmware. I had to create a Cisco® account to download firmware for the both the model phones. I was also able to find, using some Google Fu, several websites and git repositories where people had uploaded actual Cisco® firmware for these phones. To use the phone with Asterisk or FreePBX you need to run the phone in SIP mode which requires you to download the SIP firmware versions. Do not download the SCCP firmware versions for this research!

A copy of the SIP firmware for 7961G version 8.4.2 can be downloaded here. The details are below. The release date is based on the contents of the file. It is a tar file.

A copy of the SIP firmware for 7975G version 8.4.2 can be downloaded here. The details of the file are below as per the Cisco® website. This is a zip file.

The VOIP phones need to be connected to a network so that they can load firmware using a TFTP server.

The safest way to do this and prevent the phones from connecting to the internet is to have a spare router, such as an old one, that can either run a TFTP server and a DHCP server, or is flexible enough to let you set DHCP options for providing the default TFTP server IP address.

For my case, I used an old Linksys WRT54G v6 which had DD-WRT installed at some point during 2013. If you have such old routers lying around, I urge you to upgrade their firmware to either DD-WRT or OpenWRT so that you can perform this task easily. If not, and you are using Windows you may want to look up TFTP-server or install a GNU/Linux distro like Ubuntu or Debian or Kali Linux on a virtual machine (like VirtualBox and perform this task.

I connected all three of my phones to the router using an ethernet cable and kept the router WAN port disconnected from the internet to prevent the phones from connecting to the internet, especially if they had not been factory reset. The router had very less flash memory, so it did not support running a TFTP server. However, it did run dnsmasq which allows you to setup DHCP options with the correct TFTP server IP address.

I setup the router to have the IP address 192.168.9.1 and so the phones would be in the 192.168.9.0/24 network. The router was also configured to run the DHCP server and automatically assign DHCP addresses to any device connected to it. Then I connected my laptop which is running Kali Linux to this router. I used WiFi since the router supported it, but you can also use ethernet to do this. The laptop was given a static address of 192.168.9.99 so that we could use this known address in the dnsmasq option for the TFTP server IP.

The dnsmasq option finally looked like this, which could be added via GUI in the DD-WRT firmware. Other firmwares may allow you to add the option via GUI or by logging into the router and editing the dnsmasq configuration file but the configuration will look like below:

Once this has been done, save the settings on the router and restart it.

Setup the TFTP server with the appropriate firmware version in the home directory of the TFTP server. I will demonstrate this for 7961G but the steps are the same for the 7975G phone too. On Kali Linux, I install the tftpd-hpa package to run the TFTP server which comes with all the default settings ready for serving files on TFTP. The path on disk where the files are served from is /srv/tftp but you can change it by editing the TFTP_DIRECTORY variable in the /etc/default/tftpd-hpa file. I used the defaults.

Now your TFTP server is ready to serve files over the local network.

I am linking to the manuals for the 7975G and 7961G here. These manuals may be for a more recent firmware version, but the factory reset process is the same. On page 242 of the 7961G manual, in the chapter Troubleshooting and Maintenance there is a section called Perform Factory Reset. You should read that section first.

So I have setup the TFTP server above, and now I am ready to perform the factory reset.

CAUTION: The process is the same for both the 7961G and 7975G except remember to update one model of the phone at a time. The wrong firmware placed in the TFTP server may brick your phone permanently.

Once I completed the firmware update for the 7961G model, I emptied out the /srv/tftp directory, placed the 7975G firmware in there using the similar steps as described above and updated its firmware.

You can see the process that ran on my phones in the images below. The black and white phone screen is for the 7961G and the color screen is the 7975G phone.

Figure 1: Press and hold the # button even before turning on the phone power supply. 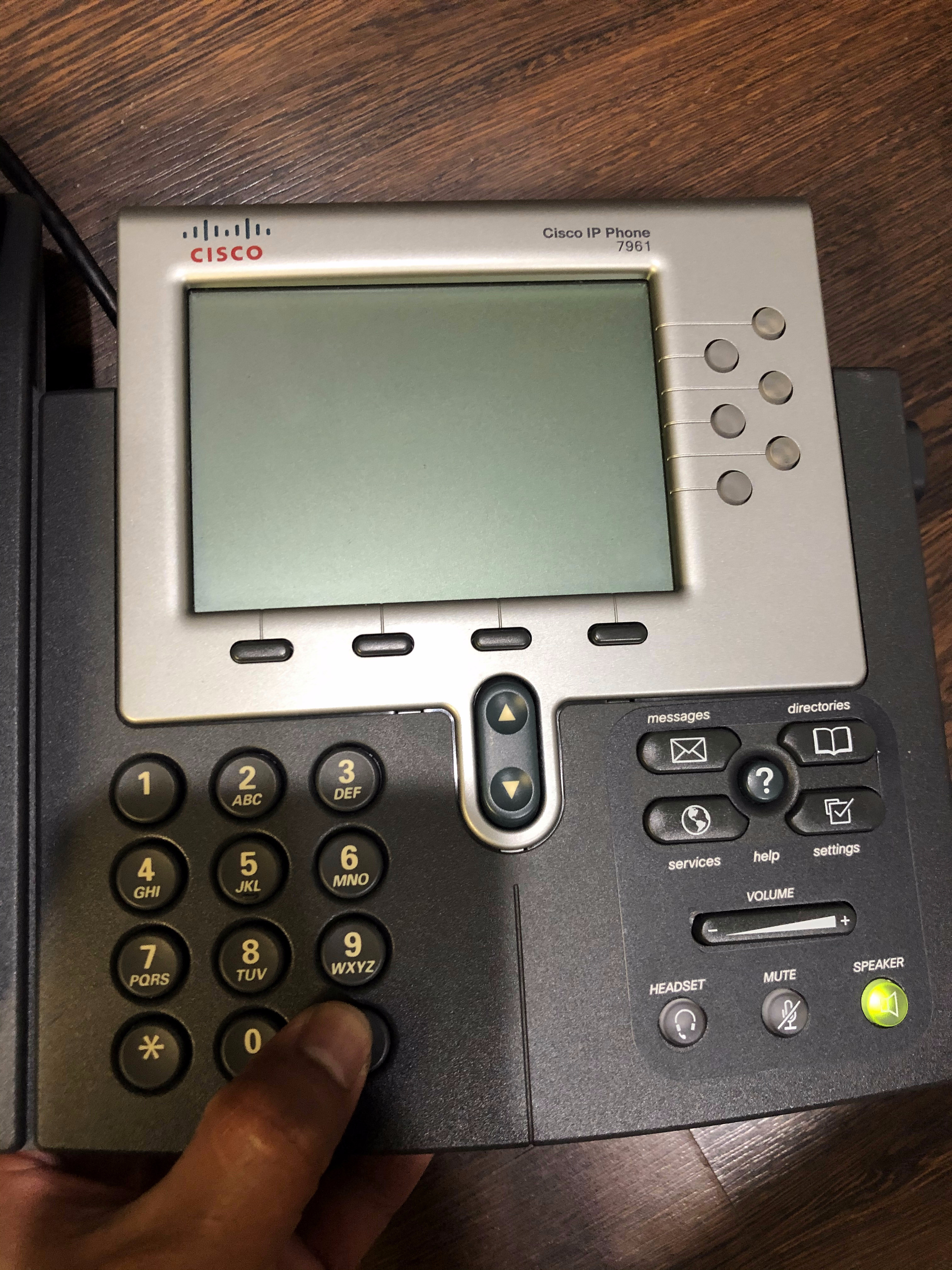 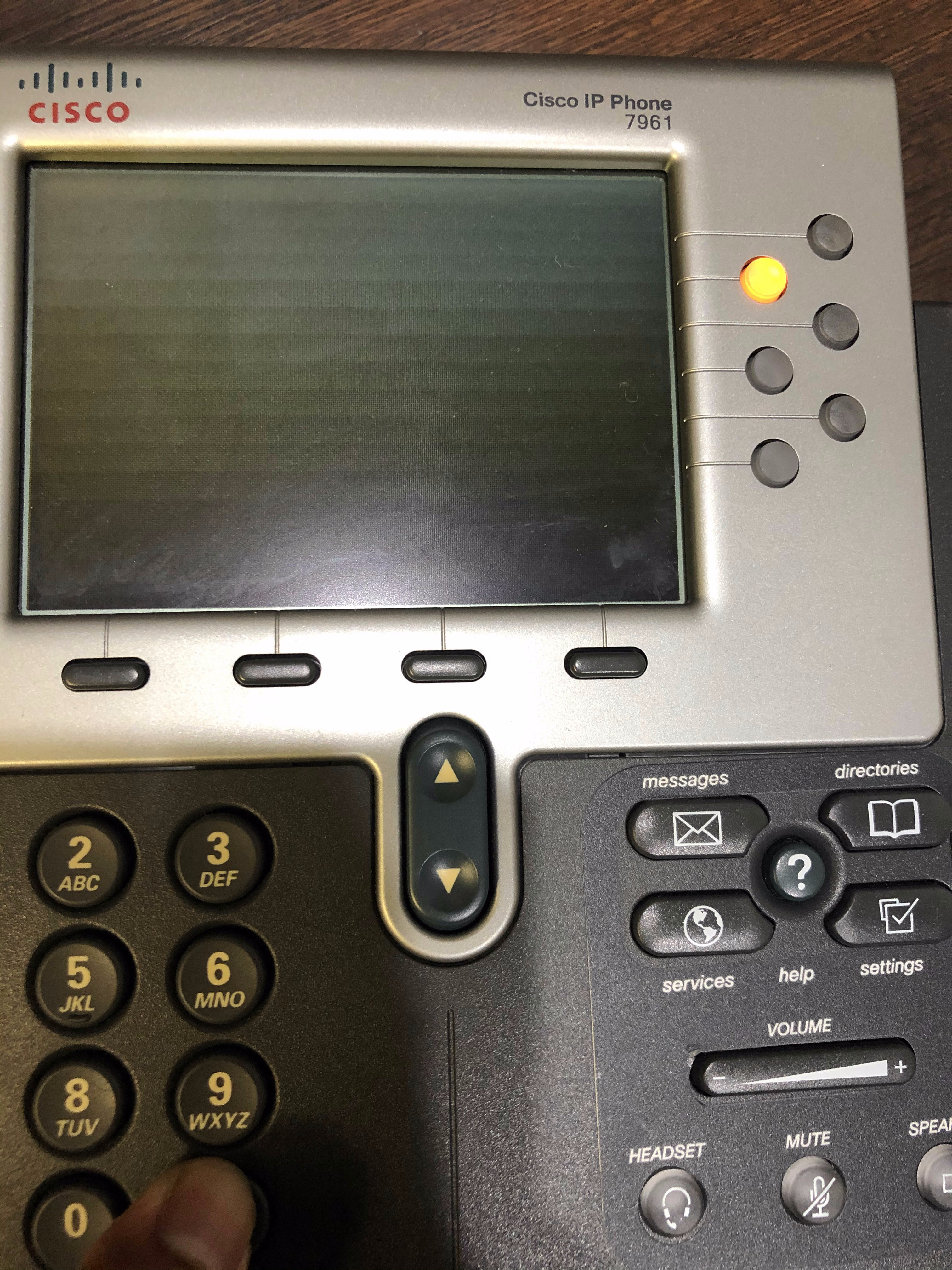 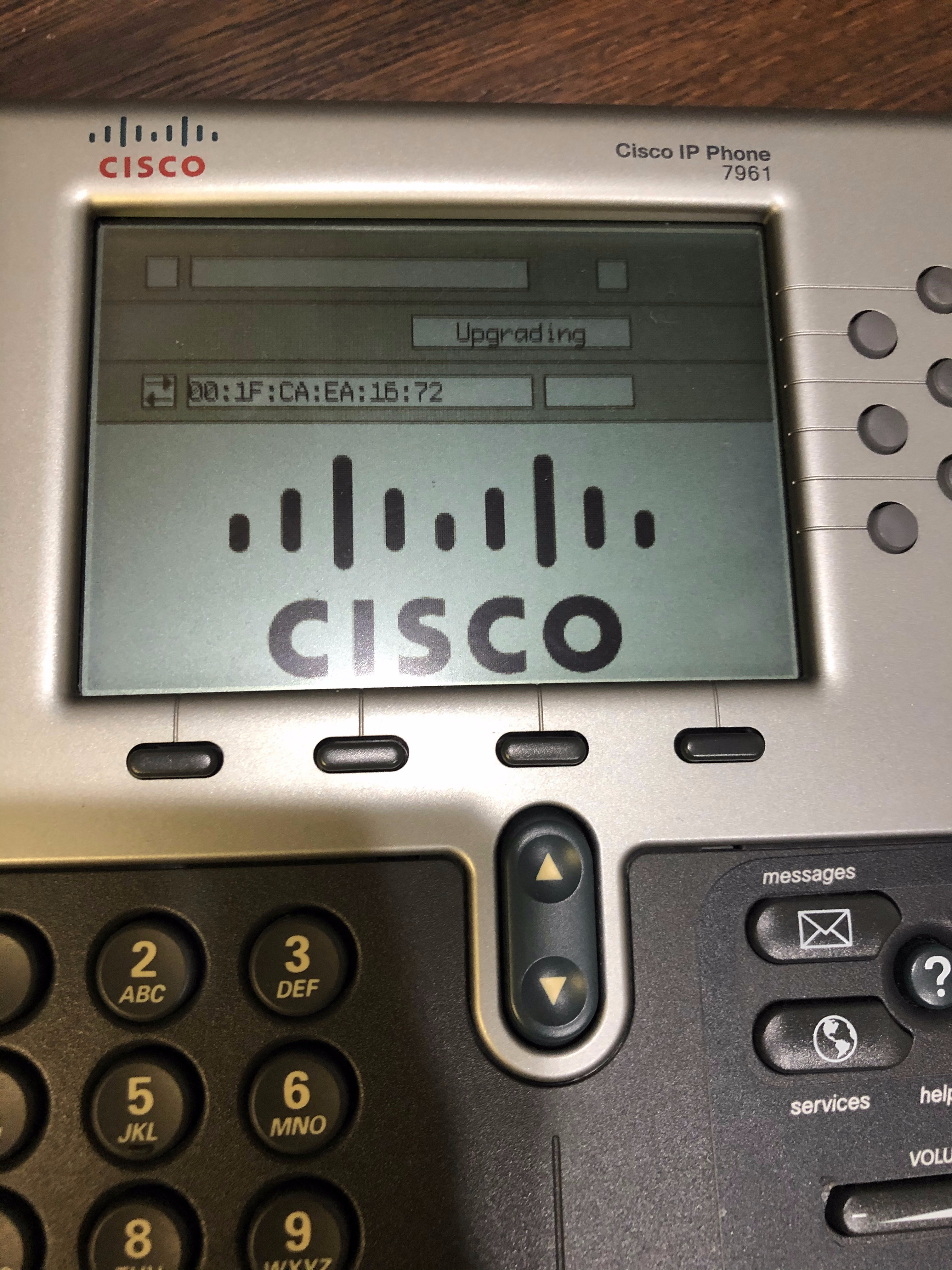 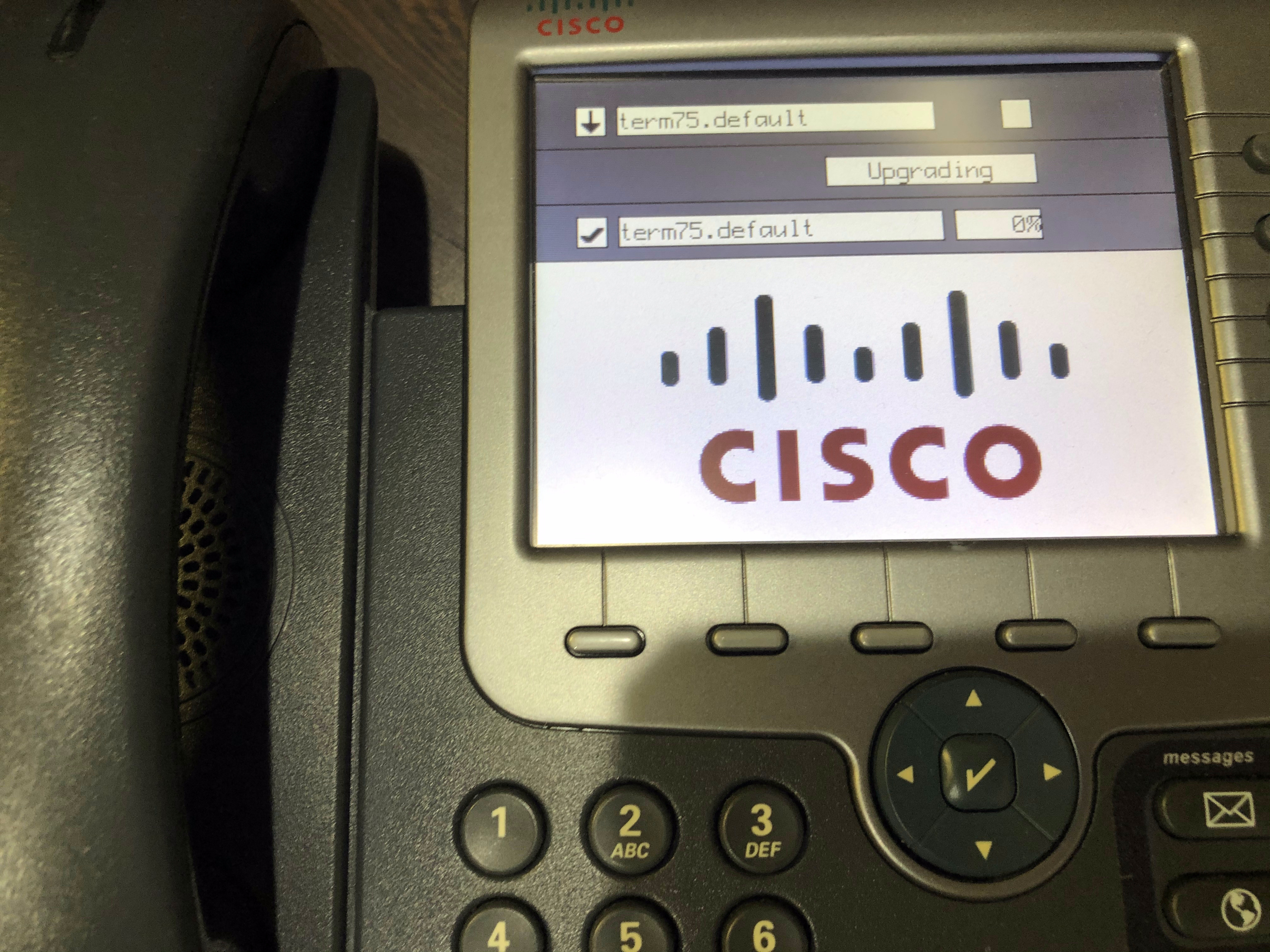 Figure 4a: 7961G Phone starts pulling in files such as the cnu kernel file. 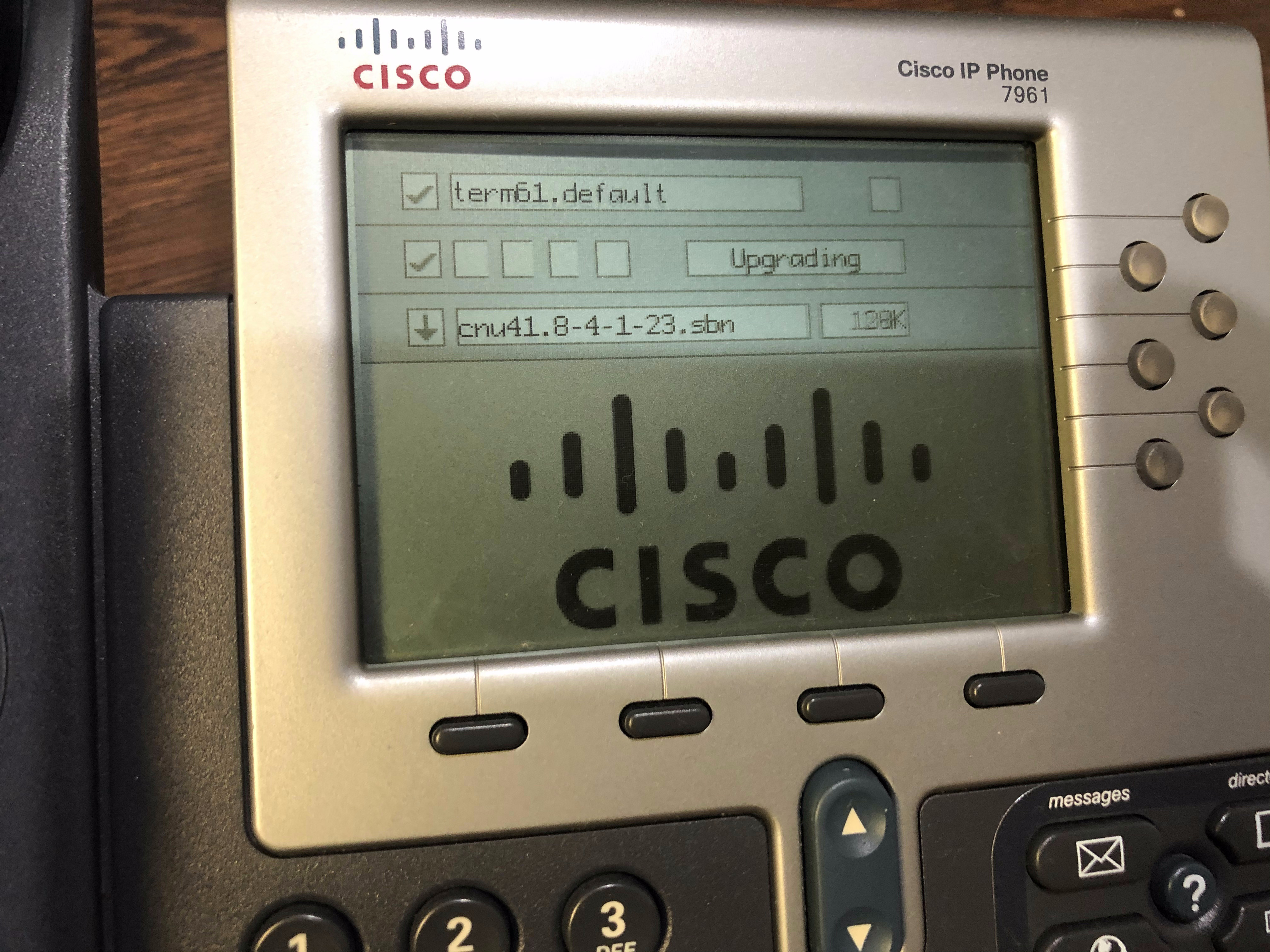 Figure 4b: 7961G Phone starts pulling in files such as the cvm Java environment file. 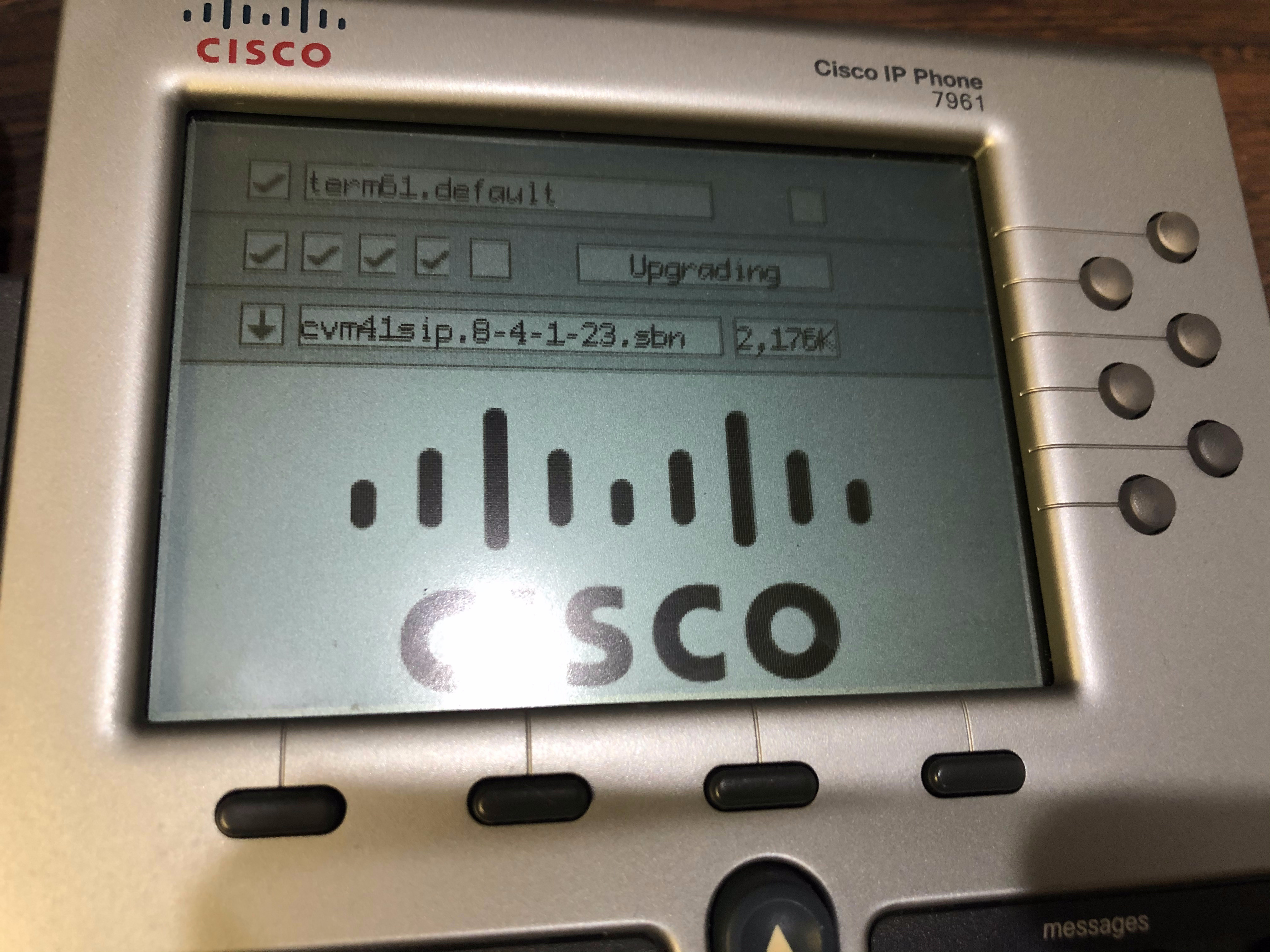 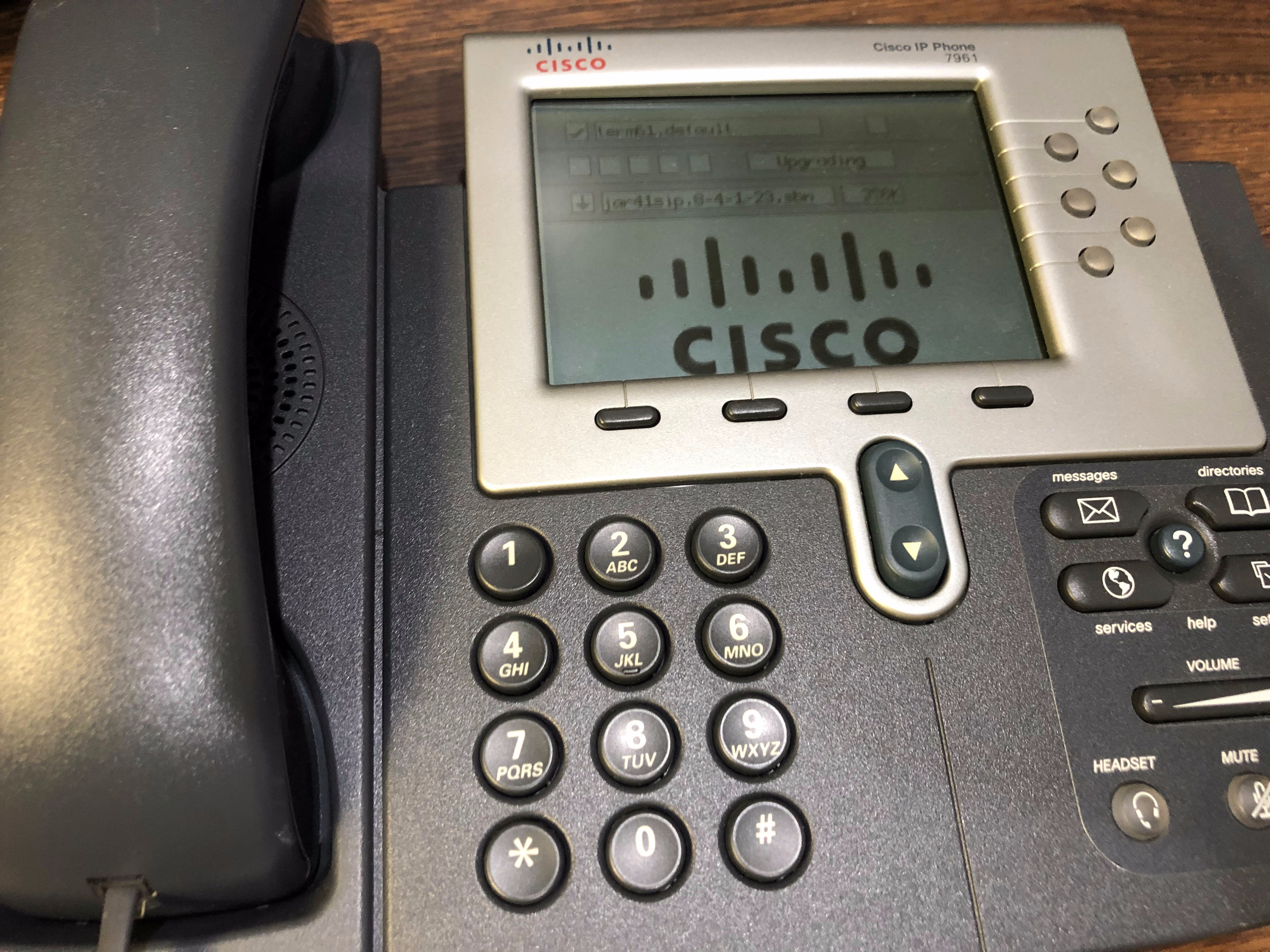 Figure 5: 7975G Phone starts pulling in the firmware files from the TFTP server. 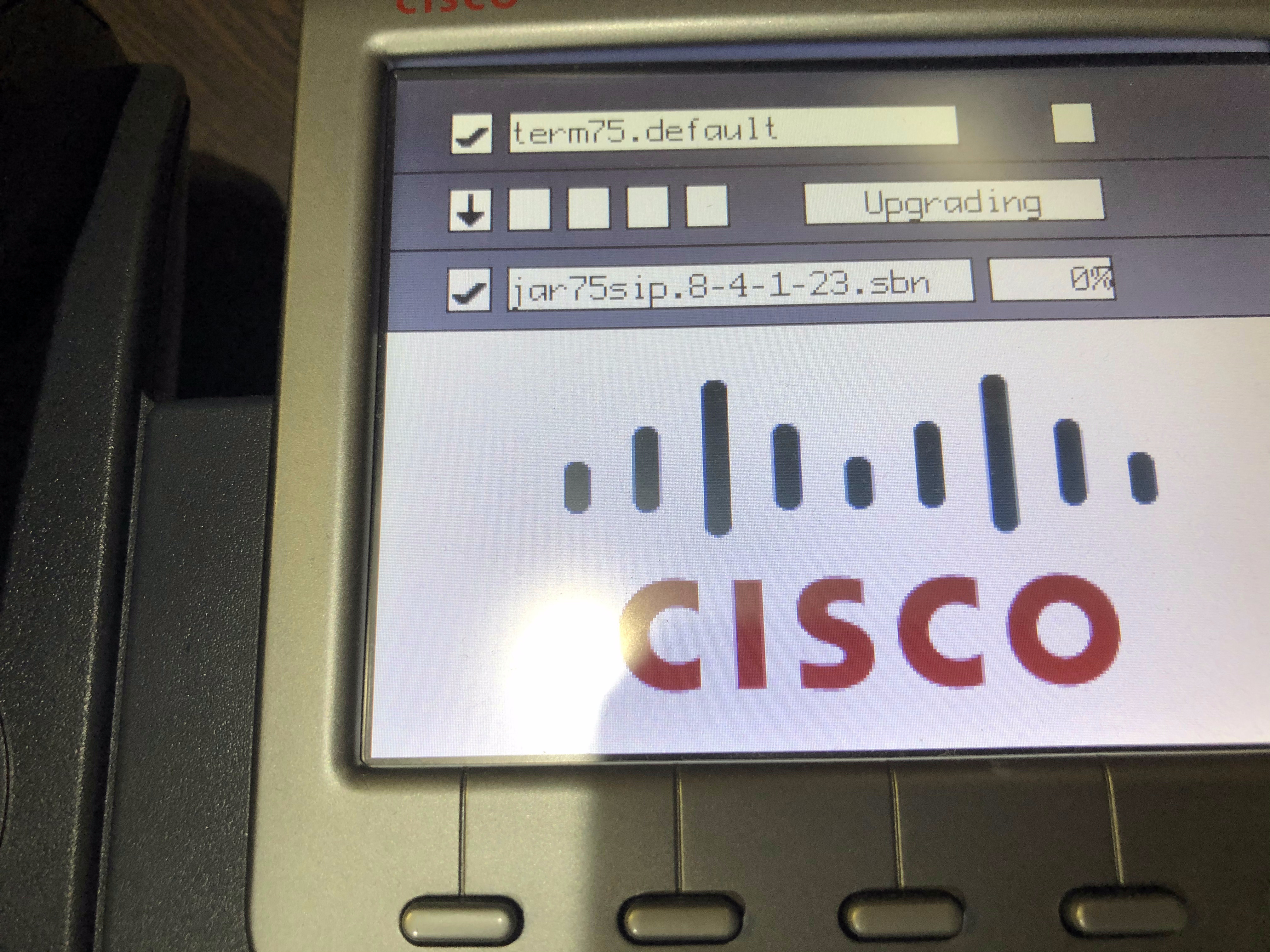 Figure 6: 7961G Phone reboots after the upgrade has completed. 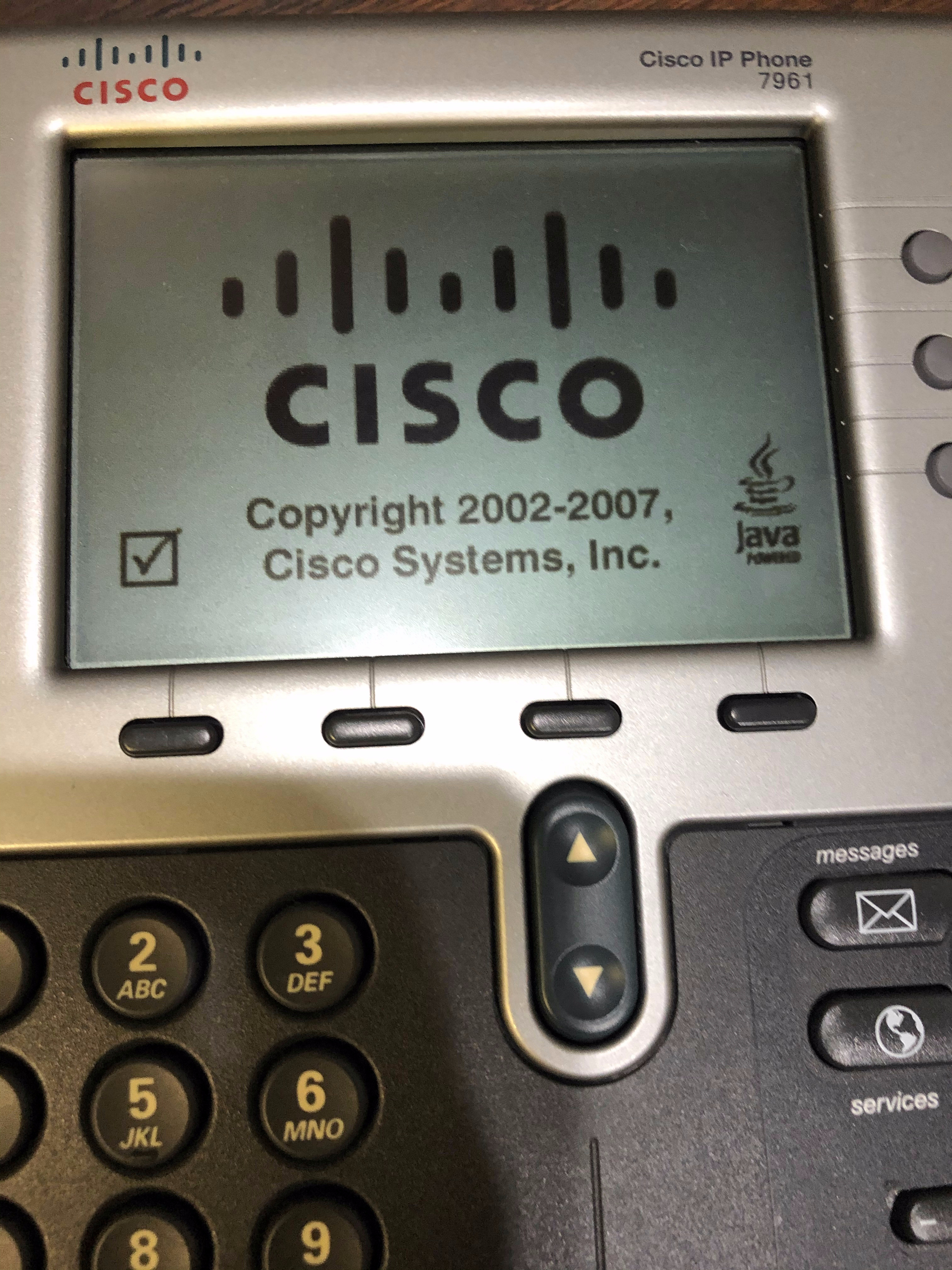 Figure 7a: 7961G Phone shows Unprovisioned in the screen. 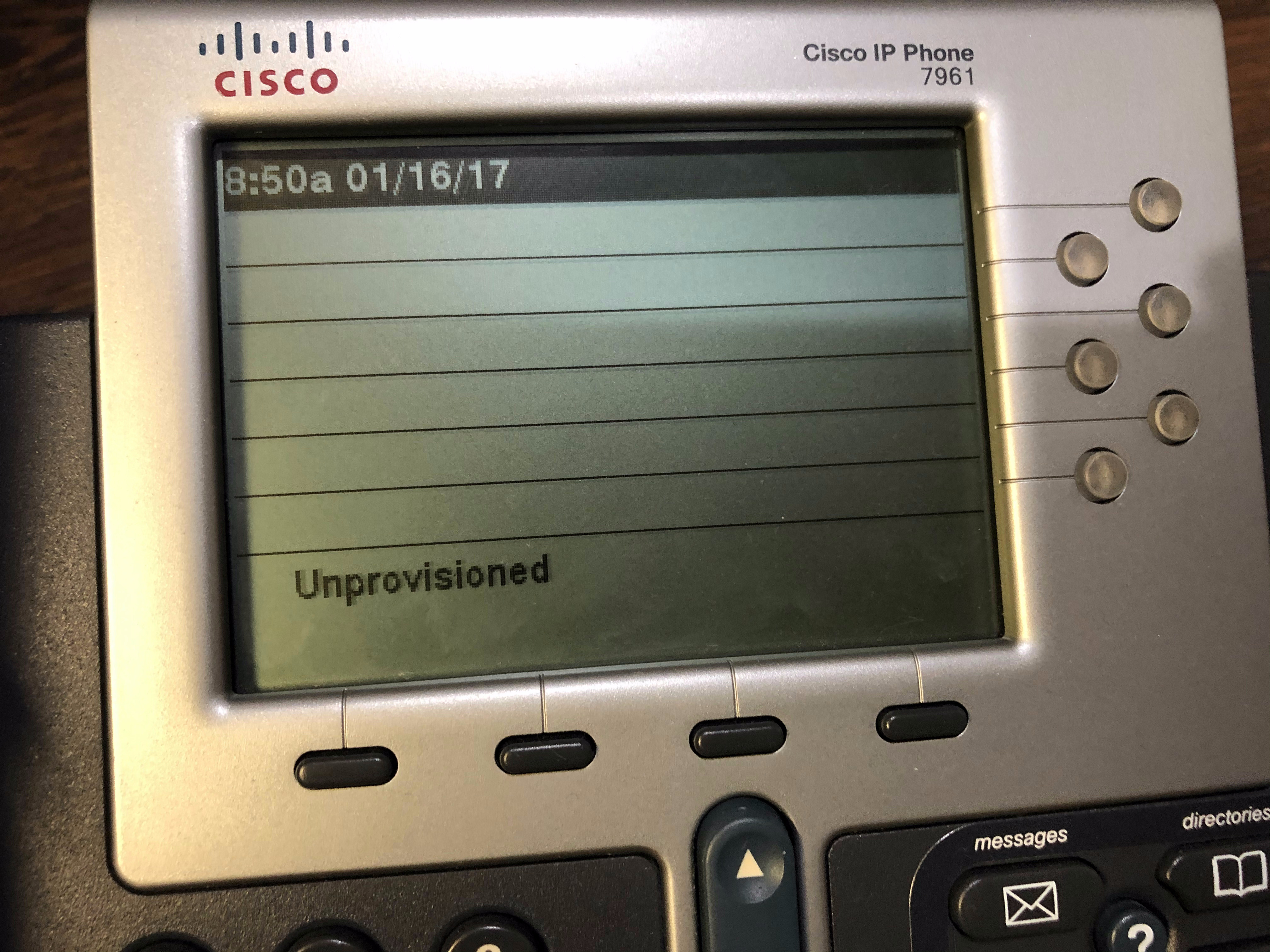 Figure 7b: 7975G Phone shows Unprovisioned in the screen. 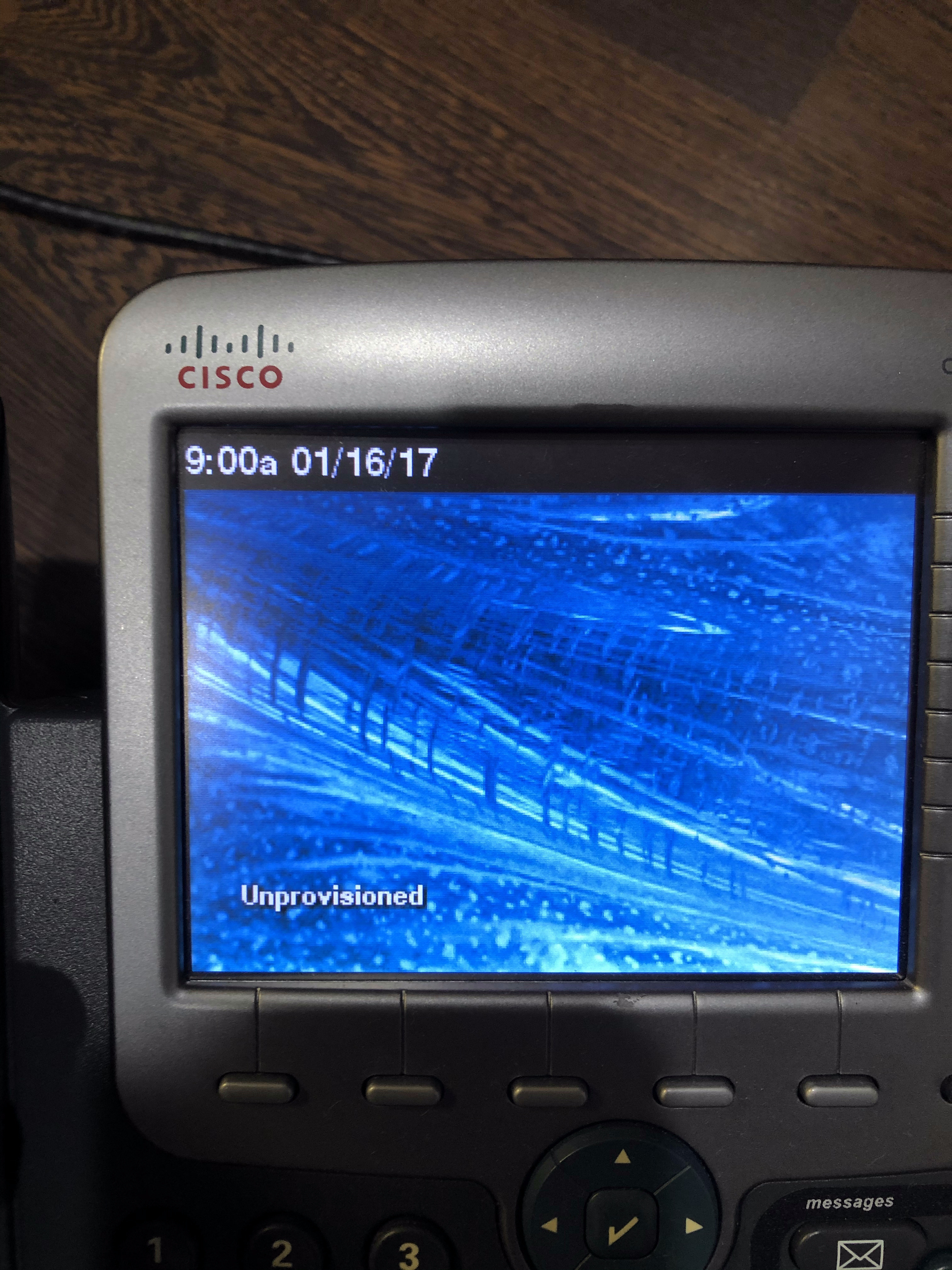 Now we are ready to perform the next steps, which is connect to a VOIP server software like Asterisk or FreePBX and get these devices provisioned. That will be described in the next post.